Home » Weight Loss Articles » 10 Weird Things Celebrities Do to Lose Weight
This post may contain affiliate links. I may be compensated if you make a purchase through a link on this page.

Celebrities have it rough. Their jobs depend on how they look. If a celebrity lets themselves go, they won’t land any roles and they will fade from the limelight, effectively ending their careers. 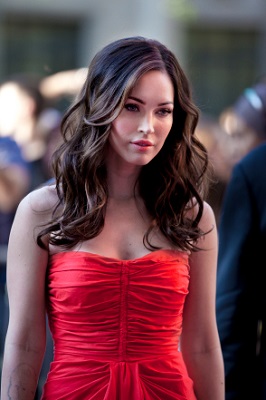 It’s tough in Hollywood whether you’re male or female. Because of that, celebrities sometimes do some pretty strange things to lose weight and stay in shape.

Here are 10 weird things celebs do to help them lose weight.

When it comes to losing weight, there’s nothing a celebrity won’t swallow to help shed pounds. From extracts made of exotic fruits to synthetic hormones, if there’s a new magical weight loss pill on the market, odds are that someone in Hollywood has tried it.

If you’re hoping to pop a pill and get skinny, don’t rely on advertisements that use celebrities to promote weight loss pills.

Most of the ads and articles you see on the internet claiming one A-lister or another used a supplement to lose weight are paying the said A-lister to go along with it.

If you never eat and spend countless hours at the gym, your friends and family would worry that you’ve developed an eating disorder like anorexia.

If you’re a celebrity, this type of behavior is not only normal, but expected.

Losing weight and gaining muscle both require the right amount of caloric intake coupled with exhausting amounts of physical training.

3. Sniff Food Rather than Eating it

It’s well-known in the modeling and entertainment world that staying skinny is not for the faint of heart. Many models and actresses are known to simply sniff high-calorie treats rather than eat them.

They call it cake sniffing. Supposedly, sniffing the goodies is enough to get the sugar craving out of their system to prevent them from eating it so they can lose weight or maintain their unhealthy BMIs.

Madonna is a famous sniffer of foods and has been reported to engage in an “air diet” meaning she eats nothing at all.

Being beautiful doesn’t come easy, just ask Victoria Secret Model Adriana Lima. It’s reported that the model sticks to a liquid-diet for 9 days before a show.

She also abstains completely 12 hours before she walks the runway to help rid herself of any water weight gained during her 9-day liquid diet.

Besides the obvious temporary nature of this type of diet, abstaining from food or water for 12 hours can do some serious damage to your internal organs.

Thank goodness Adriana has the money from modeling to get the best medical care once her career on the catwalk is over.

Hollywood is full of oddities and some celebrities like to start their day off on a sour foot. Jennifer Aniston has said that she sometimes skips breakfast in the morning and indulges in a glass of fresh-squeezed lemon juice instead of the traditional fare.

She claims the sour start helps whisk away fat, helping her maintain her svelte shape.

This is actually super common in Hollywood. A-list celebrities like Beyonce once had to lose weight for a role in a film.

Apparently the diet took a toll on Bey, who was noticeably thinner, but also noticeably rough looking.

You’re probably thinking this is a dream diet, right? The cookie diet was developed by Dr. Siegal and it involves eating a single meal a day along with 6 appetite-suppressing cookies.

Snooki tried the diet and was able to shed the last of her baby weight, taking her back to her Jersey Shore shape.

The baby food diet is a real thing. If you’re not grossed out yet, just know that in order to succeed on this diet, you have to exchange your breakfast and lunch meals for canned baby food purees.

Reese Witherspoon swears by this diet, and claims it helps her maintain her famous physique. In the evening, she indulges in a proper meal that was not put through the blender. Obviously this won’t work for those that are texturally sensitive.

Like a weird combination of a colon cleanse and a diet pill, pre-dinner diet shots work by firing up your body’s exit hatch and preventing your stomach from functioning properly.

Megan Fox claims she has an apple-cider vinegar and water shot before every meal to prevent herself from gaining weight.

Nicole Kidman suffered through a boring, but effective diet when filming Cold Mountain. She had 1 hard boiled egg in the morning and 2 in the evening. Every day.

For the duration of the time it took to film the movie. They say that pain is beauty, but Nicole took it to the extreme!

Celebrities do some pretty extreme things in the name of beauty. If you’ve ever tried to lose weight, you can probably relate to the desperation these A-listers felt, knowing their jobs were on the line.

What are some of the craziest things you’ve ever tried to lose weight? Feel free to share via the comment form below.