Home » Weight Loss Articles » Barley for Weight Loss – Losing Weight Naturally!
This post may contain affiliate links. I may be compensated if you make a purchase through a link on this page.

Using barley for weight loss is simple, convenient and quite inexpensive! 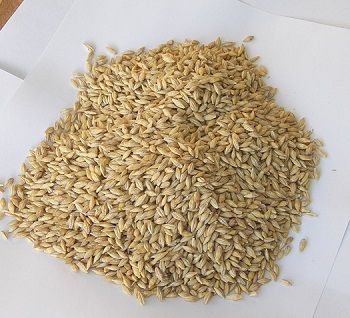 When I was growing up, my best friend was half Korean, on her mother’s side.

I looked forward to going to her house not just because it was nice to spend time with my friend, but because I got to have my fill of barley tea.

I didn’t realize until years later that this wasn’t just a refreshing drink, but might actually have been the secret to how they stayed so slim and healthy.

Barley is a Grain that is Wonderfully High in Minerals

We’re talking manganese, selenium, copper, chromium, phosphorus, and even B vitamins.  With so many of our foods these days being depleted of vital nutrients, barley is a rich source of things we don’t get enough of.

Since it’s a grain, when eaten it’s high in fiber, though you miss out on this aspect if you prepare tea instead.  A special note to those with gluten sensitivity or allergies: barley is not for you.

It’s one of the gluten containing grains, and is likely to cause an unwanted reaction.  In those without celiac or a gluten allergy however, barley is a healthy food, and can help you reach your ideal body weight.

There are several reasons why the fiber in barley is a smart addition to your meal plan.  The first, and the biggest, is that it helps keep you feeling fuller for longer.

Barley contains quite a bit of indigestible fiber, which means that these are calories that bulk up your food, but your body can’t actually absorb.

This indigestible fiber is good, however, for the beneficial probiotic bacteria in your intestines.  This is exactly the fuel they need, so they can help keep your digestion moving at a regular pace.

Indigestible fiber is also fantastic at trapping and absorbing fats and excess cholesterol as it passes through your intestines.  This leads to less fat being absorbed into your body.

Another way this fiber is useful is that it helps to regulate blood sugar.  With highly processed, starchy carbohydrates like white bread, cookies, or cakes, there is a huge influx of insulin to the bloodstream to deal with the massive spike of quickly absorbed sugars.

When the level of glucose plummets along with the amount of insulin, you’re left feeling hungry, grumpy, tired, and craving more sweets or chips.

This is a roller-coaster that leads to weight gain in a significant number of people.  In the case of barley, much of the starch is, as we stated, indigestible, so it isn’t absorbed at all.

The rest of the starch in barley is very slowly digested and absorbed. So you can avoid the sugar and insulin spikes.

Instead, you’ll be helping to regulate the level of glucose in your blood, leading to a much more favorable and stable hormone balance.

On top of all that, there was a recent research study done, showing that barley directly helps to control an unbalanced metabolism and regulate proper appetite signaling.

After eating the bread made out of barley kernel, we saw an increase in gut hormones that regulate metabolism and appetite, and an increase in a hormone that helps reduce chronic low-grade inflammation, among the participants. In time this could help prevent the occurrence of both cardiovascular disease and diabetes.

When you compare this effect to the blood sugar spiking, insulin flooding, obesity driving foods made with more highly processed grains, switching those out for barley seems like an obvious choice.

What about Barley Tea?

Barley tea retains most of the minerals and vitamins that are in the grain, just without the fiber.  Barley tea is a mild tasting drink that is good hot or iced, and can be found in your local Asian market.

Whole grains can also be used, there’s nothing special about the type already found in pouches, it’s just more convenient.

It’s high in antioxidants, and has nearly no sugar or calories, so it’s a great swap for your regular sodas or lattes.

Since the tea retains so much of the nutrition of the grain, it’s a healthful boost to your body, supporting your metabolism gently while providing hydration.

In Ayurvedic traditions, it’s said to aid digestion and is a mild detox, in addition to its weight loss boost.  Plus, you can eat the grains after you’ve made tea out of them!