Home » Weight Loss Articles » Black Pepper for Weight Loss and Other Benefits
This post may contain affiliate links. I may be compensated if you make a purchase through a link on this page.

Does using black pepper for weight loss really work? What does research say? Read on to find out, as we reveal it all here including other health benefits of this spice! 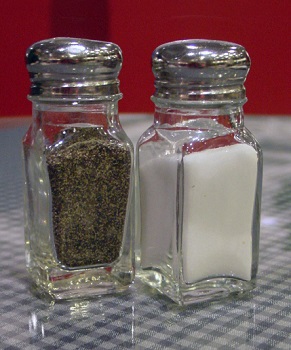 Certain foods have been associated with healthy eating and weight loss for years, like kale, blueberries, or spinach. There are dozens of fruits and vegetables that can help promote and aid weight loss.

But there’s a category that is often overlooked when it comes to weight loss: Spices.

Most people know and accept the fact that herbs and spices are vital to make tasty dishes, but they also have a host of health benefits of their own.

And, one spice that stands above the rest when it comes to weight loss benefits is black pepper.

Known for its strong smell and spicy flavor, black pepper is pretty common. Most people will sprinkle a little over pasta or pizza without a second thought.

However, black pepper has a rich history that celebrates its many health benefits.

Used in Ayurvedic medicine, or the medical practice from ancient Northern India, black pepper is packed full of minerals and vitamins that make it a great addition to any weight loss diet.

And, because it’s so simple to add to dishes, those trying to lose weight can easily incorporate this pepper to their diet.

The number one health benefit to black pepper is how effectively it can help people lose weight.

Black pepper is a diuretic, which means it helps the body clear itself of toxins and excess water.

This is done through urine and through sweat, which is a common effect of adding black pepper to dishes.  The pepper also contains phytonutrients, which aid in breaking down fat cells.

An animal study done on pepper discovered that the spice helps minimize how much fat collects in the body.

While it’s preventing the accumulation of fat, black pepper also works to increase the metabolism.

Another aspect of black pepper is how it helps the digestive system in those who eat it regularly.

One of the biggest problems in those trying to lose weight is that their digestive systems have become sluggish or ineffective.

Black pepper helps combat this issue because it helps the body increase its hydrochloric acid.

Despite sounding slightly scary, hydrochloric acid helps the stomach digest foods properly. Unfortunately, most people don’t have enough of this acid in their systems.

By increasing the hydrochloric acid in the system, the digestive system is relieved of bloat, constipation, and indigestion.

During flu and cold season, having a plan to clear up congestion is vital and black pepper is a cheap and effective way of doing so.

Congestion is caused by the build of phlegm in the system. Black pepper helps relieve congestion by breaking down this phlegm, bringing relief to the user.

And, because black pepper is also an antimicrobial, it will help boost a weakened immune system, too.

Increases Bio-Availability of Nutrients in Food

Studies have shown that a system called bioavailability (how well certain nutrients are absorbed by the body), can help determine the health of a person.

Black pepper helps the bioavailability of selenium, vitamin A, and vitamin C.

May Help Prevent Cancer and Other Diseases

A recent study done by the American Institute for Cancer Research looked at the relation between black pepper and certain types of cancer. Because black pepper is a powerful antioxidant, researchers believed the spice might have a part to play in preventing cancer.

In the study, it was found that black pepper can actually aid in the prevention of cancer in the colon.

While more research is needed on the topic, it’s a great step forward in all-natural cancer prevention and treatment options.

The study also found that the same elements of pepper that helped prevent the cancer cells from reproducing also aid in preventing diabetes, cardiovascular diseases, and high blood pressure.