Home » Weight Loss Articles » How to Lose Weight Using Raspberry Ketones
This post may contain affiliate links. I may be compensated if you make a purchase through a link on this page.

Today’s article will be focusing on how to lose weight using Raspberry ketones.

Trying to lose weight through just diet and exercise can be a long, often challenging process.  Getting the diet right and knowing what workouts are best for burning excess body fat could be tough as well. 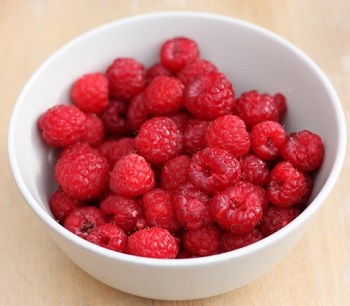 These are part of the reasons so many women have such a hard time losing weight and keeping it off.

There are a lot of supplements marketed that are designed to make this process faster and easier, and some of them do actually work.

The one we’re going to talk about today is called Raspberry Ketones.

What is Raspberry Ketone?

Raspberry Ketone is an extract that gives raspberries their delicious scent, and has been used for a long time as a flavor additive in many foods.

Because of this, there is a chance you are already consuming trace amounts of Raspberry Ketones, either from the fruit itself or from foods like sodas and ice creams that it’s been added to.

Lose Weight Using Raspberry Ketones – How Does it Work?

Raspberry Ketones, in a nutshell, make it easier for your body to access the fat that you’ve already stored and burn it for energy.

Studies show, the way Raspberry Ketones work is that they trigger your metabolism to burn more fat, and make your fat cells release their stores more easily.

As this fat is released, it’s broken down by your liver and used for energy, and is not re-stored in your adipose tissue.

The other way Raspberry Ketones help you to lose weight is by signaling the fat cells to release more adiponectin.

Adiponectin is a hormone that is a key to healthy metabolism and blood sugar control.  Overweight and obese people tend to have too little of this hormone.

And too little adiponectin can create a greater risk for type 2 diabetes, heart disease, and fatty liver.

As you lose weight, your adiponectin levels will naturally rise, which helps to boost continued fat loss as well as improving overall health.

Raspberry Ketones can be a great boost to your fat loss program, but they can’t do all the work alone.

They work best when combined with a healthful meal plan that’s lower in calories, and when sensible exercise is also incorporated.

Some people who have tried Raspberry Ketones without healthy diet and exercise have actually gained weight. This is because this supplement won’t help if it’s the only approach used.

Instead, making sure to eat enough nutrient dense foods while avoiding overeating, and making sure to get plenty of activity in most days of the week will help you to see more success with Raspberry Ketones than if you had just modified your diet and exercise plan.

What are Raspberry Ketones Side Effects?

The FDA lists Raspberry Ketones as GRAS, or generally regarded as safe.  While there aren’t any listed side effects, some people have reported jitteriness, faster heartbeat, or raised blood pressure.

So if you experience any of these, Raspberry Ketones might not be for you.  Make sure when choosing your supplement that it contains at least 100 mg per serving.

It is important to note that there is not yet a consensus on an effective dose. So you may need to try a little more than that to see results.

There are so many Raspberry ketone supplements on the market; however the majority of them are just SCAM. So do your homework (research) very well before making a choice.

Click Here for Information on the Brand We Recommend.